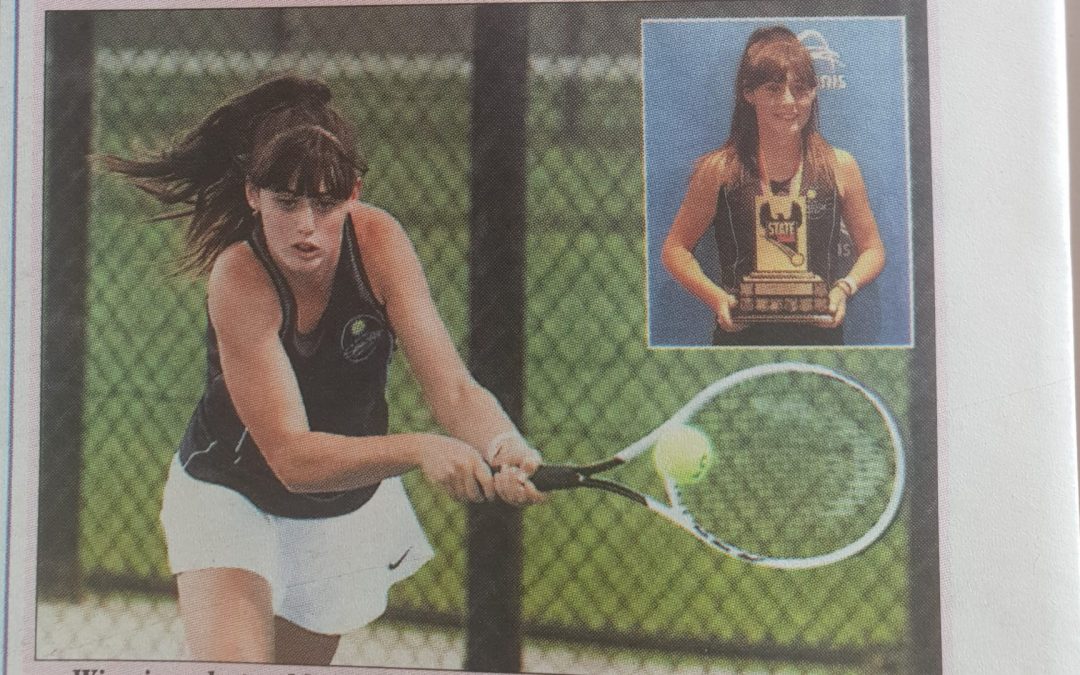 At Tyndale, we have students who are deeply committed to their chosen sport as well as their academic programs. In Senior School, adjustments and support are offered to ensure these students can achieve great outcomes in all they take on.

Year 10 Student, Caitlin recently played in the Junior State League campaign with Seacliff and claimed the Grand Final with four games to two victory over Athelstone.

Caitlin was a strong contributor to the Grand Final success as she did not drop a singles match through the season, and fittingly Caitlin finished equal third place on the girl’s player of the league points ratings – ironically won by two of her Seacliff team-mates.

Caitlin won a gold medal in the SA Girls representative team and a bronze in the individual event. During a past competition at the National Christian Schools Sports Games, Caitlin’s talent also led her to make an appearance in the Seacliff’s Senior State League women’s side this season.

Having previously played number one women for Macclesfield as a 13-year-old, Caitlin was happy with her step up to compete regularly against the top-level players in the Tennis SA competitions.

“It was great, the Seacliff Junior girls’ team were very committed and supportive. It was also a great experience to play Senior State League. The competition is strong, so you know you’re in for a tough game each week and you have to be on your game.”

Congratulations Caitlin for your tennis achievements over the last year. We are excited to see where your God-given skills and abilities take you in the future.

We help our students reach academic excellence by providing them with adapted study schedules enabling them to aspire to their highest potential both in and out of the classroom.

We welcome contact from our community – choose the best way for you.

Send Us An Email

Give Us a Ring

Want to book a tour?

You have Successfully Subscribed!